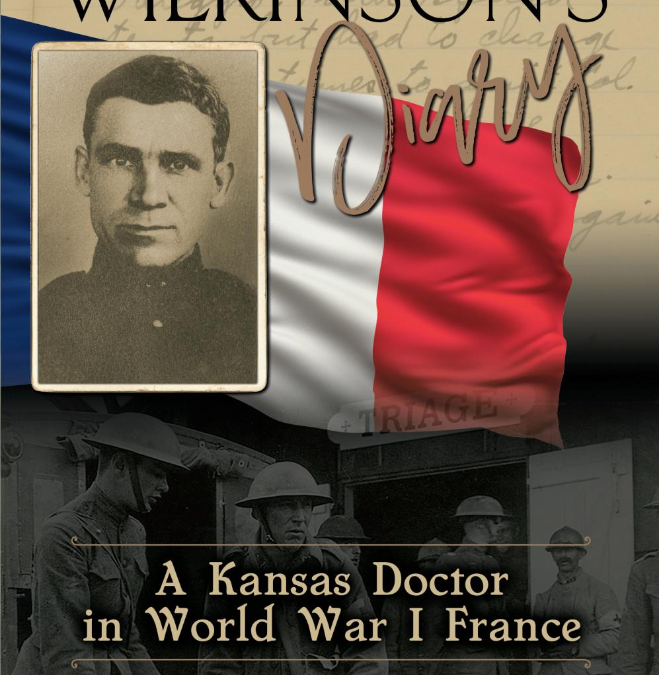 “Colonel Wilkinson’s Diary…” tells the story of a middle-aged Kansas surgeon who volunteers to go to war because, “I’ve got to get the Kaiser…”. Dr. Wilkinson had a successful practice, a wife and a 10-year-old daughter to make plans for in his absence. The entire story of WW-! is one of tremendous sacrifice for all Americans and Colonel Wilkinson. Wilkinson is sent from his home in Kansas City, Kansas to Walter Reed Army Hospital in Washington Later he is named Commander of Mobile Field Hospital #103 and sent to France. The War becomes direr with the Flu Pandemic of 1918 and Typhoid out break. Wilkinson survives the ordeal in France and returns to Walter Reed’s surgical wards. Following a lengthy stint, he is discharged with the rank of Colonel and returns to Kansas City, Kansas to resume his practice. Purchase on www.amazon.com or www.rainydaybooks.com or Wyandotte County Historical Society, Wyandotte CO Kansas (913) 573-5002